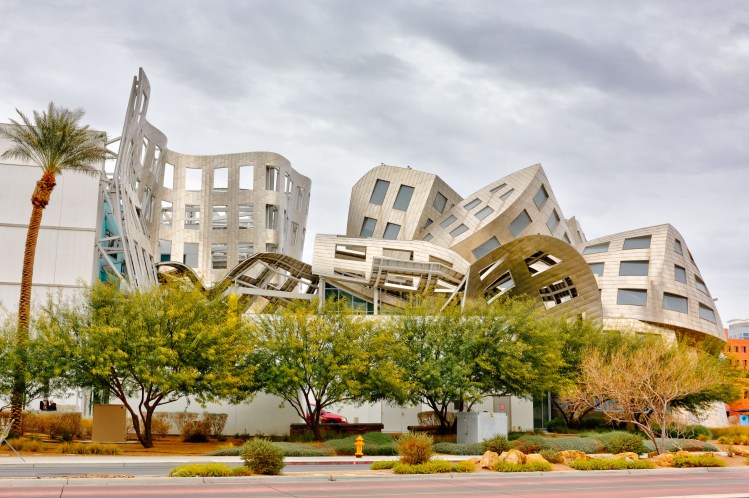 While visiting Las Vegas, we, completely by chance, spotted the roofline of this amazing looking building and decided to check it out and see if we could take some pictures.

As you can see from the pictures on this post, the building is spectacular and after doing some research, learned quite a lot more about it.

About the organization behind the building

The building is called “Cleveland Clinic Lou Ruvo Center for Brain Health” and it is an outpatient treatment and research facility for brain-related diseases. In fact, the Center is planned to become a national resource for the most current research and scientific information for the treatment of Alzheimer’s, Parkinson’s, Huntington ‘s Diseases, Multiple Sclerosis and ALS (Lou Gehrig’s Disease) as well as focusing on prevention, early detection and education.

To give you some context, my mother had Alzheimer’s, so learning about the function of this center really hit home and we were delighted (and impressed) to find this kind of research center right here in Las Vegas. However, the heart-warming story behind its creation is what really struck as it filled us with a sense of warmth and gratitude towards people who do great things, because they CARE.

You see, the organization behind the center is called “Keep Memory Alive (also known as KMA)” and was founded by Larry Ruvo, his wife Camille, Bobby Baldwin and his wife Donna. Both Larry’s and Bobby’s father were a victim of Alzheimer’s Disease and they set-up the organization and built the building in memory of Larry’s father, Lou Ruvo. 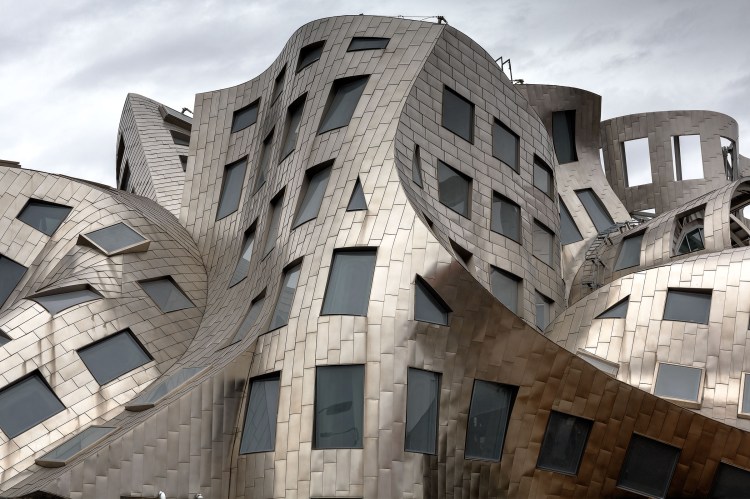 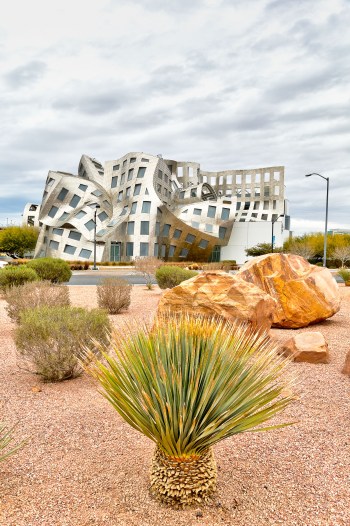 Today, the Keep Memory Alive (which is a nonprofit organization) owns and supports the Brain Health Clinic and aims to increase awareness and raise funds for the research. In a mere two years after they treated their first patient, their fund raising efforts surpassed the $100 million mark in raised funds. An outstanding achievement and what a beautiful cause to help find some cure for these horrible diseases.

The Lou Ruvo Center for Brain Health was designed by world-renowned architect Frank Gehry who wanted to create a place that would be memorable. He is quoted for saying “The mantra is Keep Memory Alive, I’m trying to make a building that people will want to visit, remember, talk about, and enjoy, and ultimately will want to partner with us at the center to help cure brain diseases.”

Frank Gehry is generally considered the “most important architect of our time” and his work is famous around the world for their beauty and unusual design. The Lou Ruvo, just one of may of his designs, has some impressive statistics – the building has 199 windows, none of which are alike and the roof is constructed with 18,000 stainless steel shingles, each cut to unique measurements. A massive 65,000 hours of engineering went into the construction which took 3 years, 3 months and 13 days to complete.

Outside, there is a courtyard with seating and a “reflections garden”, a serene and peaceful place to sit, relax and reflect. 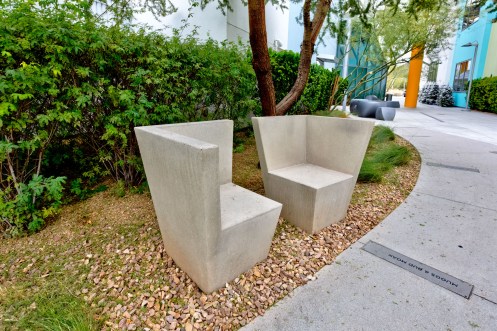 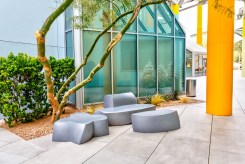 After parking the car and walking up to the building, we were simply in awe by the design and architectural detail. We simply could not stop shooting, using both a wide angle and standard zoom lens.

The best part was meeting this nice guy, who, after watching us take picture after picture, asked “would you like to see inside”? Of course said “YES”, after which he unlocked the door to the main atrium and promptly let us in. WHAT A TREAT! and What a sight! This building is equally fascinating on the inside as it is on the outside! Amazing. The building is “hollow” on the inside with several large “tree-like” structures supporting the roof. Not a single straight line, just elegant curves and intricate angles. Just beautiful. 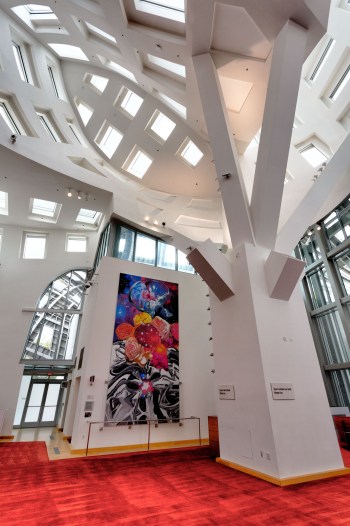 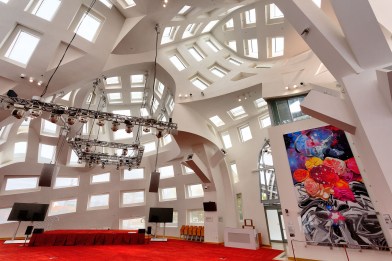 Check out the pictures on this page and let us know what you think.

If you want to learn more about the Lou Ruvo Center, click here

If you want to learn more about Frank Gehry, click here

To see more of the buildings that Frank Gehry designed, click here